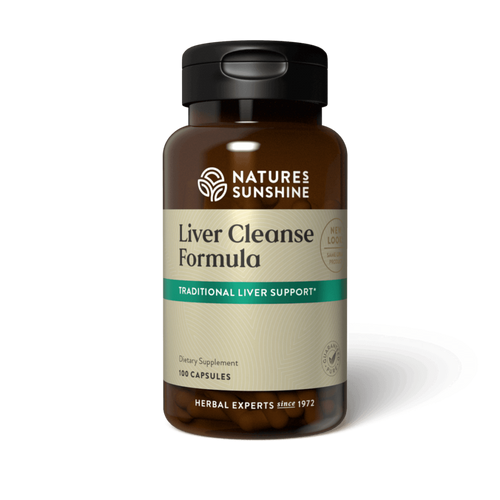 Your liver performs several vital functions. First, it supports digestion by secreting bile to help break down fat. Second, it controls the metabolism of nutrients and acts as a reservoir for both nutrients and metabolites. Finally, it filters toxins from the blood. This formula supports the liver’s vital functions, nourishes this crucial organ and helps detoxify it. Our beet roots grow in perfect soil in Asia where they soak up valuable nitrates that are converted to beneficial nitric oxide in the body. Local farmers harvest and clean the beets by hand, earning competitive wages.

The liver performs many important functions in the body. It supports digestive functions by secreting bile for emulsification of fat, controlling the metabolism of nutrients (including alcohols) and serving as a reservoir for many nutrients and metabolites. The livers involvement in metabolic functions makes it susceptible to stressors.

Red beet root has traditionally been used to support the liver. Dandelion is reported to have tonic effects on the liver and gallbladder. Parsley contains chlorophyll and thus acts as a natural digestive deodorizer. Horsetail is reported to benefit the gallbladder. Yellow dock is a cleansing and detoxifying herb. Black cohosh exerts antioxidant effects. Birch leaves contain flavonoids, which exert antioxidant effects, thereby supporting the liver. Blessed thistle supports the stomach, intestines and gallbladder. Angelica root has been effectively used for digestive support. It is thought to protect liver cells from oxidative damage. Chamomile exerts demulcent and soothing effects on the gastrointestinal tract. Gentian exerts antioxidant effects. Goldenrod has traditionally been used for liver support.

Key nutrients in this formula have been helping people feel better for hundreds of years or more!

Beets were first grown as a crop in western Europe in the 16th century, but long before that, Greeks and Romans ate beet greens for health.

While we think of dandelion as a lawn blemish, the world has seen it in a different light. The Chinese used dandelion root over 2,000 years ago, and records show that the Arabs and Europeans also enjoyed its health benefits. Native Americans used dandelion root to help with pain. This herb goes back to the Middle Ages.

According to folklore, angelica root got its name when an angel showed this plant to a monk for use against the plague. It grows widely in northern Europe and the Middle East.